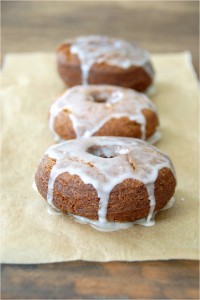 once again the gluten-free ratio rally has expanded my horizons… never before have i made doughnuts. so i couldn’t wait to take on the month’s challenge. doughnuts, really!? awesome. 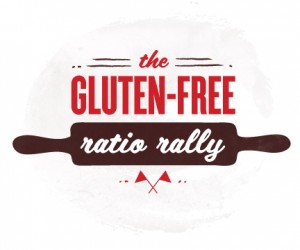 who can turn down a deliciously fried dough, drizzled or dipped in a sugar-y glaze? i know i can’t. in my high school days our sunday school class always had glazed doughnuts and orange juice (cause why not wash down that sugar with some sugar, right?!). each sunday i would eat up to six of those suckers… luckily, i’ve cut back significantly due to wisdom, will-power, slowed metabolism and a gluten-free diet.

clearly though, i’m not the only one with a mild addiction to doughnuts. it’s amazing to see the list of doughnuts from around the world. fritters, cake doughnuts, yeast doughnuts, crullers, bear claws, filled doughnuts… i can almost smell them just thinking about it.

though peach season is approaching it’s end, the orchard on the mountain is filled with donut peaches and cider. while apple cider doughnuts are popular, i couldn’t resist making donut peach cider doughnuts. not only are they delicious, but that’s kind of fun to say.

these doughnuts fall into the cake doughnut category. it’s also a dough that needs to be shaped for frying, as opposed to poured into a doughnut pan for baking. the ratio for this type of doughnut is:
4 parts flour : 1 part egg : 1 part liquid : .5 part fat

i learned a little tip from tara and deb about frying doughnuts… crisco. yes, i know. some of you fellow dietitians should look away now. frying the dough in crisco instead of an oil keeps the doughnut from soaking up the fat like a sponge and leading to an especially greasy and oily doughnut upon cooling. though my love for doughnuts is clear, it’s probably true that i won’t be making them frequently. but when i do, i’ll use crisco. go big or go home. (and at least crisco has no trans fats. there’s that.) 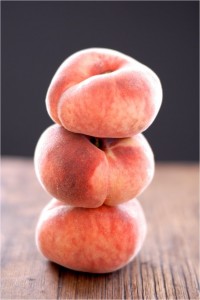 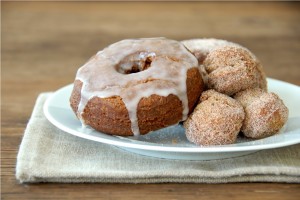 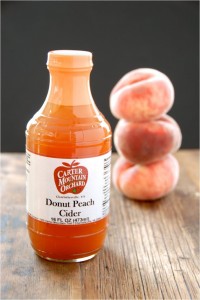 this unbelievably delicious donut peach cider is from the orchard near my home. the peach flavor really comes through and it’s such a fun departure from apple ciders. feel free to use apple cider as a replacement for the peach version in the recipe above, but the good news is you can order this donut peach cider from the carter mountain orchard online store. at the time i posted this it was not yet up, but they have told me they plan to have it on the site very soon. if it isn’t, you are also able to email them and ask specifically to buy some. it’s really amazing… and they didn’t even pay me to say that.
meg at gluten-free boulangerie was our host this month. and as usual, there are many more of these delightful doughnuts to drool over… check them out…
charissa of zest bakery made sweet potato/pumpkin fritters
jenn of jenn cuisine made mini raspberry doughnut cakes
lisa of gluten free canteen made apple butter maple syrup donuts
brooke of b & the boy made apricot fritters
meg of gluten-free boulangerie made old-fashioned raised doughnuts & cake doughnuts
rachel of the crispy cook made chocolate doughnuts with chocolate glaze
caneel at mama me gluten free made thai fried bananas
jean of gf doctor recipes made cinnamon apple fritters
silvana of silvana’s kitchen made vanilla-glazed chocolate chip doughnuts
mary fran of frannycakes made raspberries & cream doughnuts
claire of gluten freedom made chocolate coconut & cinnamon glazed vanilla cake donuts
jeanette of jeanette’s healthy living made pumpkin spiced donuts
mrs. r of honey from flint rocks made jelly doughnuts
caleigh of gluten free[k] made beetroot fritters
tr of no one likes crumbley cookies made sweet pepper and pancetta fritters
pete and kelli of no gluten, no problem made jelly donut holes
britt of GF in the city made blueberry fritters
shauna of gluten-free girl made glazed yeast doughnuts
tara of a baking life made brioche doughnuts
irvin at eat the love made roses and pearls vanilla bean donuts 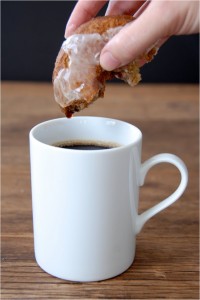