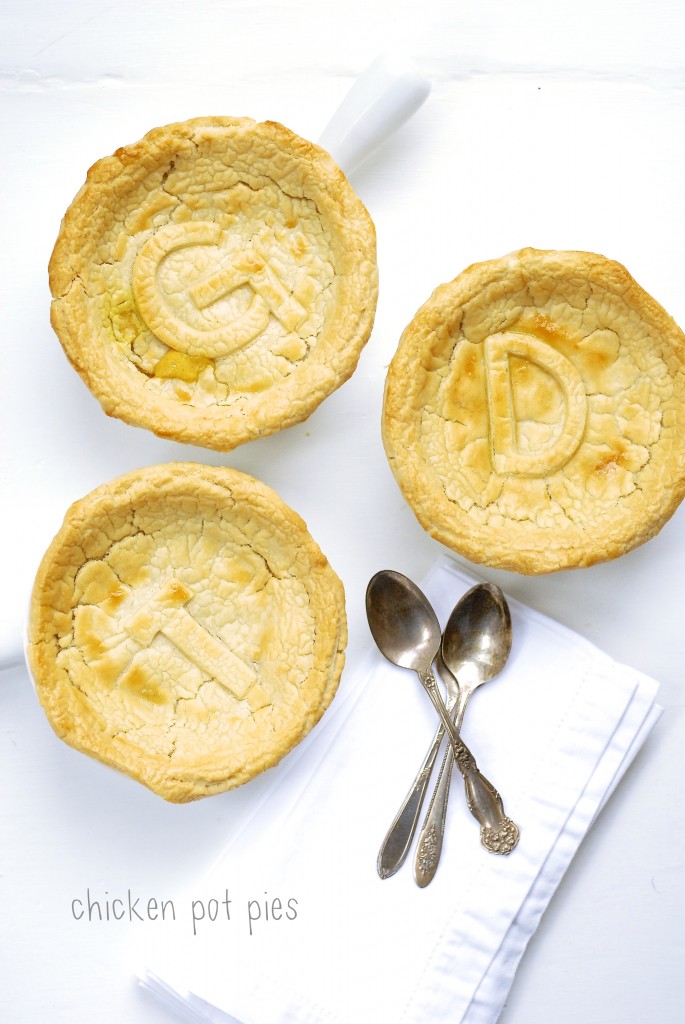 i’ve always believed that part of cooking is just being willing to get in the kitchen and try.

when i was a junior in college, i came to a very symbiotic, very smart agreement with my roommate’s brother. he was a few years older, had a job and a crazy love for food. he was well-past the cafeteria food phase and the fast food phase that most college students go through, and he just wanted home-cooked meals.

i was discovering my love for cooking, and he smelled opportunity. his proposal was that he would pick the recipes, do the shopping, and buy the groceries. my job would be to cook the food. then we’d eat together. win-win-win.

these were some of my first experiments in the kitchen, making new things and gaining confidence cooking. it was a brilliant idea. and admittedly did kindle an innocently amorous relationship for a while too… guess it’s true that the best way to a man’s heart is through his stomach.

though it didn’t begin a longterm romance, it did begin a great love for food and cooking. he is an incredibly successful and inspiring pastor in houston, with a voracity for delicious food still. little did i know at the time that my life would be full of recipes, cooking for others, and experimenting in my kitchen. clearly those were the beginnings.

one of the favorites i remember cooking for him was a chicken pot pie from a southern living recipe. pot pies seem so daunting, but i recall feeling so surprised that it was all easier than i’d imagined. mccormick has made it even easier and gluten-free friendly with their new gluten-free turkey gravy mix packet.  as i mentioned regarding their chili mix packet in my chili-cheddar cornbread post, this turkey gravy mix is certified by the national foundation for celiac awareness. it is also made with the natural goodness of herbs and spices, with no MSG or artificial colors and flavors. it was a super simple thickener for this pot pie filling, that was smooth and tasty.

chicken pot pie is still as comforting, rewarding and delicious as it was back in those college days. it’s one of my favorites still to serve to my family and friends now, sharing the love to them too… gluten-free! 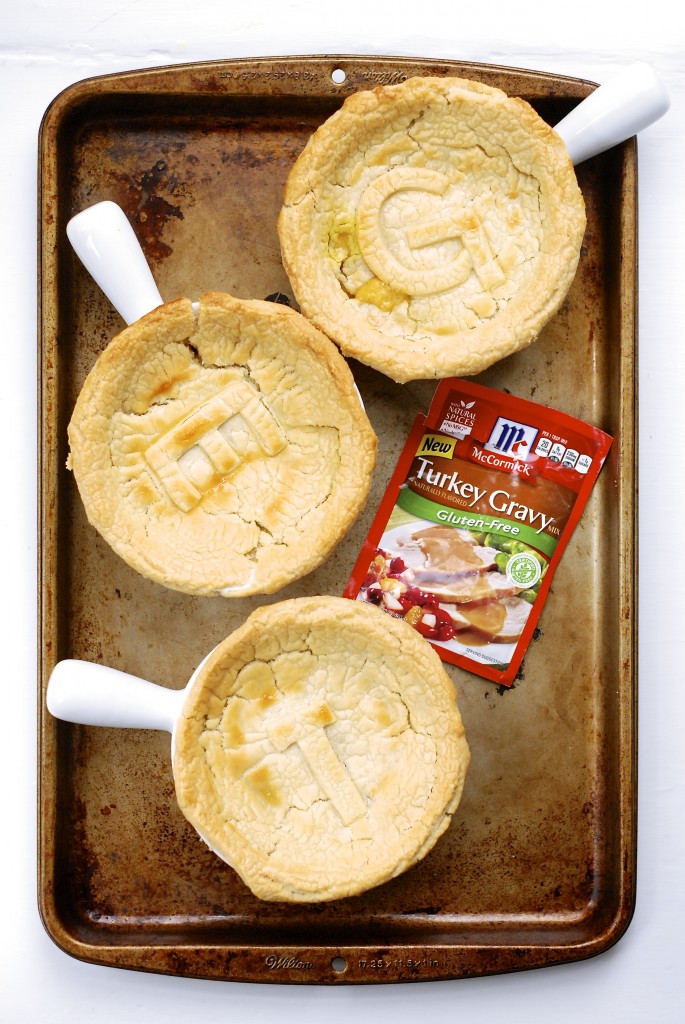 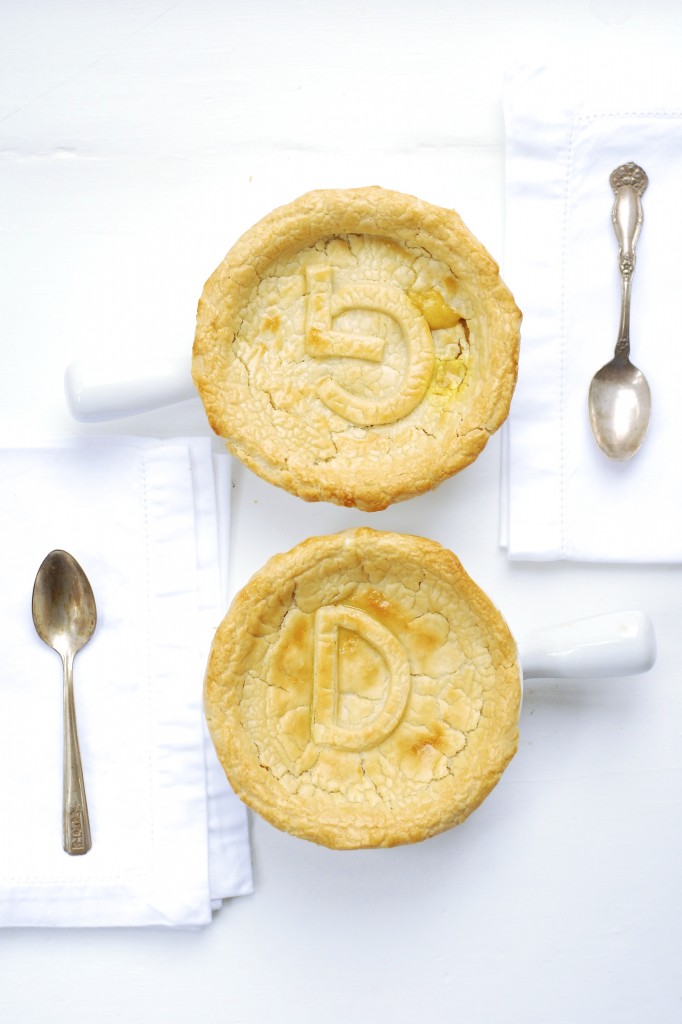 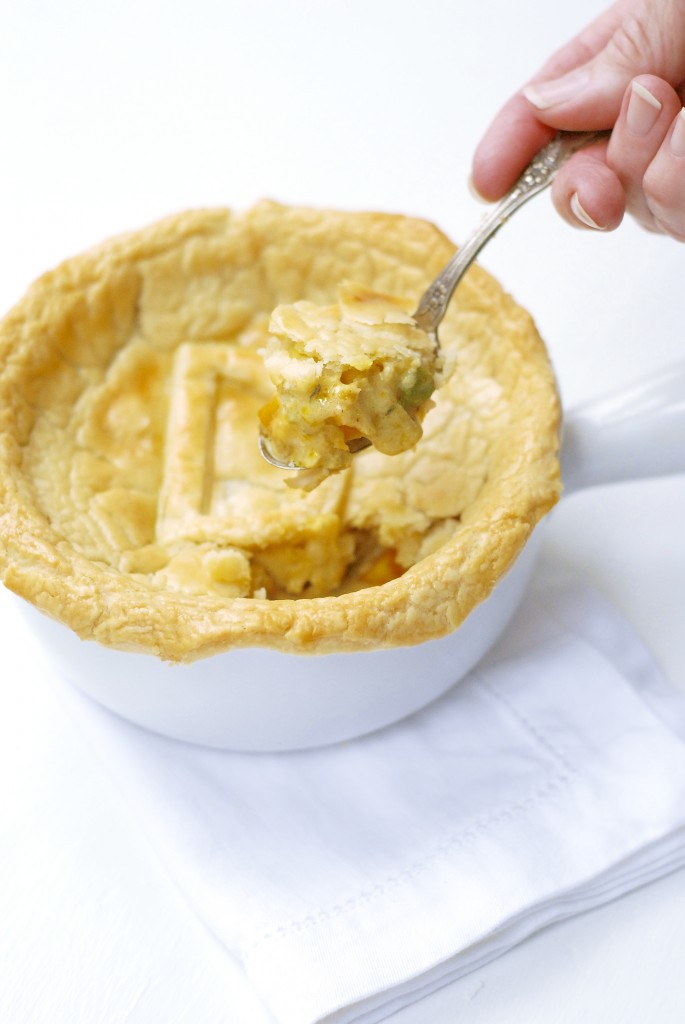 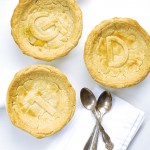