i don’t know about you, but most mornings at my house don’t include a spread of loaded eggy omelets and bacon and fresh fruit bowls.

i do usually try to start my schoolboy off with a little more protein in the morning, like a bowl of honey-drenched plain yogurt (his favorite). but most mornings for me it’s toast.

i love udi’s bread. it makes the best gluten-free toast i’ve had, and we use it daily untoasted for sandwiches. and it’s so readily available, it is nice to know i can depend on it. udi’s was also nice enough to recently contribute to my attendance to FNCE, the academy of nutrition and dietetics annual conference. i participated in a twitter chat with fellow RD and gluten-free muse ea stewart of spicy RD nutrition. somehow i was chosen as the winner of free registration to the conference, courtesy of udi’s. which was such an honor… i was already quite the fan of both ea and udi’s, but that sealed the deal. (unfortunately, an untimely sick toddler kept me from attending the weekend conference afterall… ah, parenting.)

most mornings, my toast is topped with butter, peanut butter, and raw honey. but some days i like to change it up a little. when my little one was born, my mother came to stay and help out as my husband was on deployment. mom made this cream cheese cinnamon toast brulee for us a few mornings…. a simple smear of cream cheese on buttered toast, a good sprinkling of cinnamon sugar broiled a bit. it’s the easiest cream cheese pastry alternative there is. ever since those sleepy-eyed newborn days, that toast has been a comforting addition to the keep-it-simple breakfast toast arsenal. 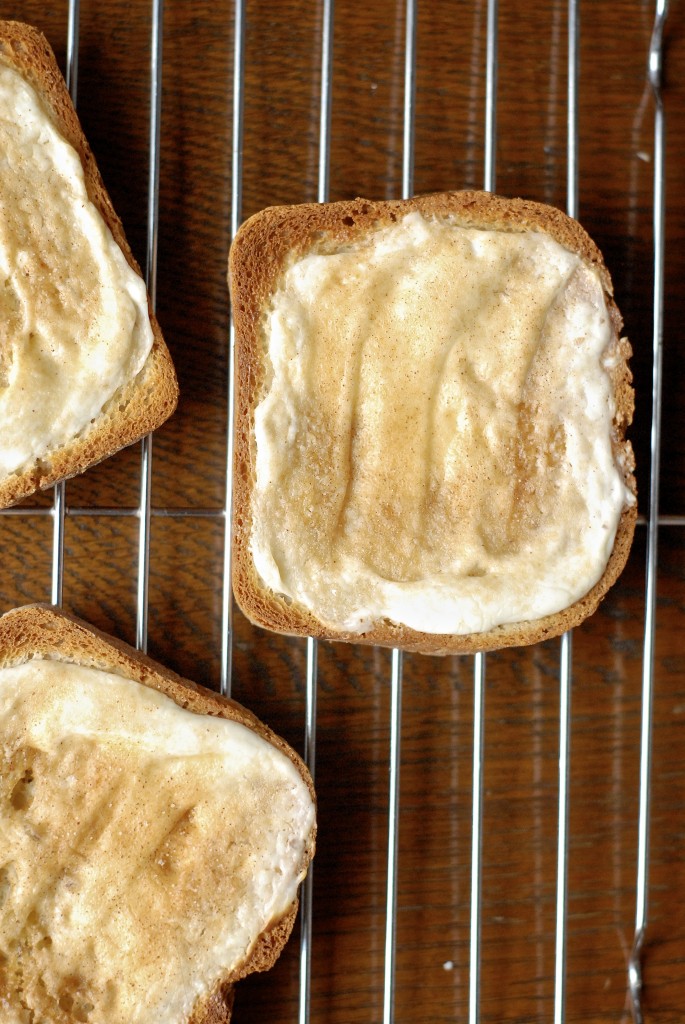 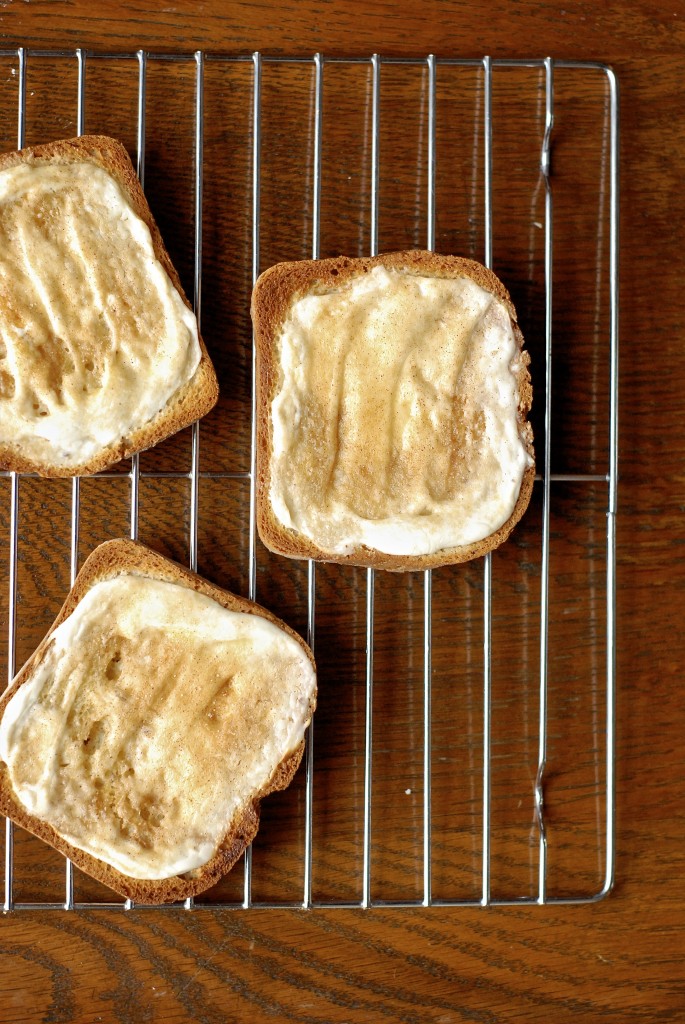 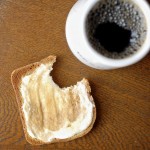