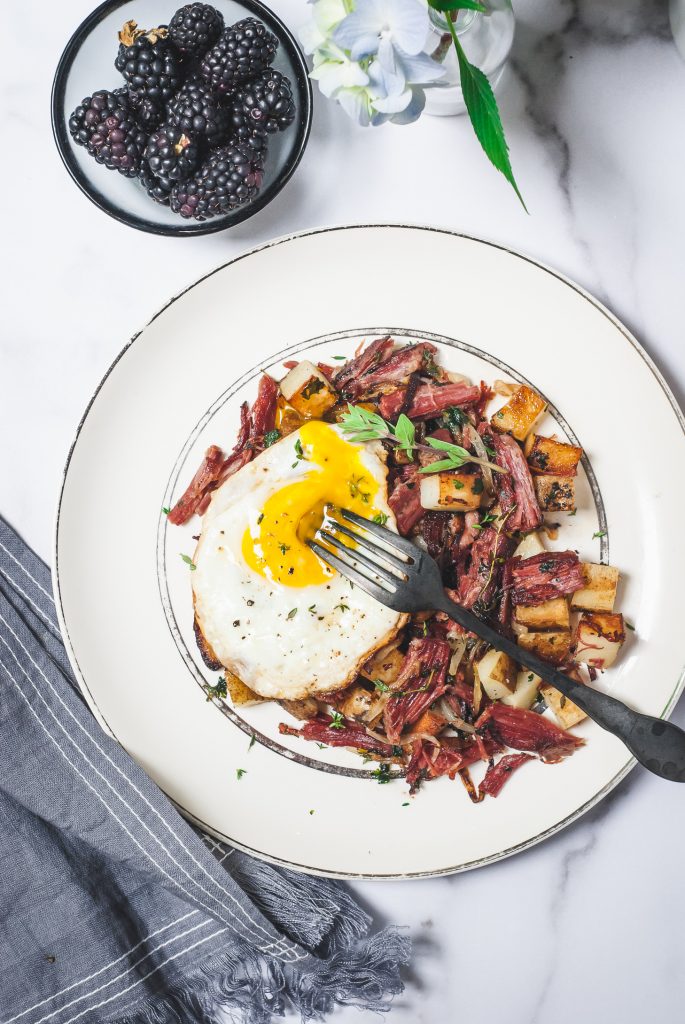 disclosure: i’m honored to publish this post and recipe in partnership with the north american meat institute (NAMI), a contractor to the beef checkoff.

summer is here and so is the beauty of the slow breakfast!

one of my favorite things about not having to rush out the door in the morning is to have the opportunity to make a real breakfast that my kids can sit and enjoy. and the favorite breakfast my kids like to eat is always corned beef hash.

this is thanks to my dear husband, who has passed down to them the intense love of canned corned beef hash, simmered on the stove with legitimate abandon and smothered with cheddar cheese. it’s what they ask for every weekend.

while I don’t want to get in the way of their paternal tradition, i hoped maybe i could surpass the canned version in kid-points and make that beloved breakfast from scratch.

corned beef is a processed meat. which only means it’s already prepared- cooked, chopped, trimmed, etc. we all know pretty much all meats needs to be cooked… processed just means it is done for you in a plant instead of in your home.

there are thousands of processed products available in the meat case, to include low- and reduced-sodium products, low- and reduced-fat products, american heart association certified, organic and grass-fed options, kosher and more.

but today we talk corned beef.

this particular style of beef is typically connected to the irish and is the traditional centerpiece for st patrick’s day celebrations. historians claim that the corned beef craze actually began first in england some time near the 17th century. this popular form of meat processing began out of necessity before refrigeration by salting as a means of preserving products and preventing spoilage. it was called “corned” because of thelarge rocks of salt used in the processing.

because ireland had more cows, cheaper taxes on salt, and access to high quality salt, they took over the production of corned beef and developed the reputation for a superb product. of course, throwing the irish corned beef into a skillet with some irish potatoes goes together like proverbial peas and carrots… and there you have corned beef hash.

this recipe works with canned corned beef or with home-cooked corned beef. if you have a corned beef roast left over or cooked for sandwiches, throw together this one for breakfast too!

i am happy to report to the corned beef hash distributors that i will not be putting them out of business. in the sheer honesty and kindness of my little taste testers, i was told it was “just as good, but different” from the canned version. 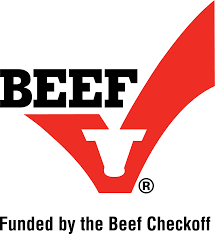 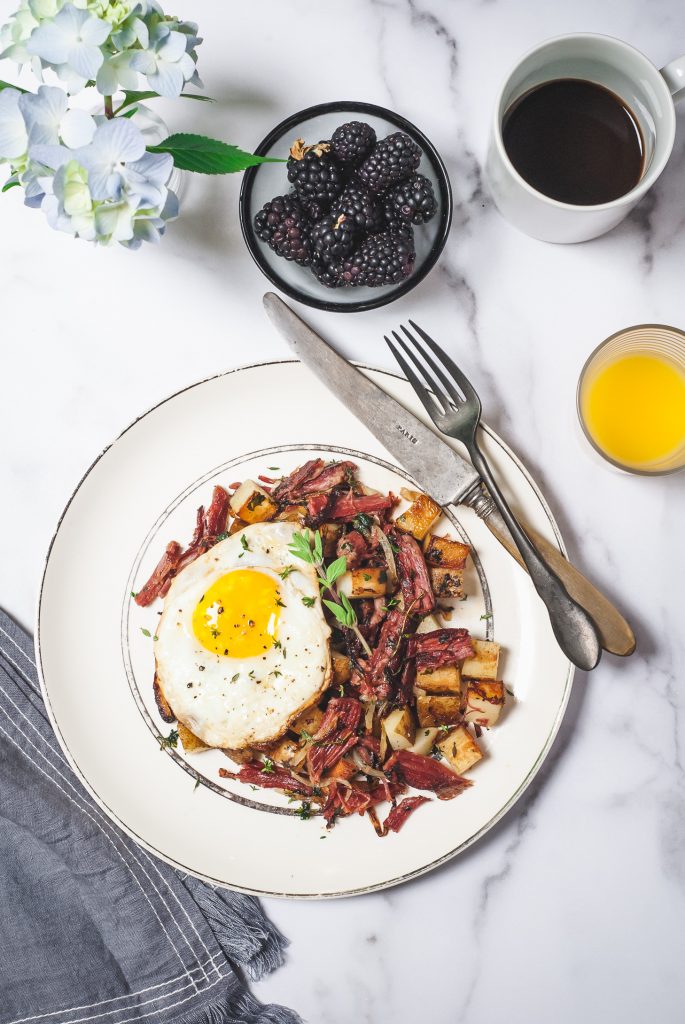 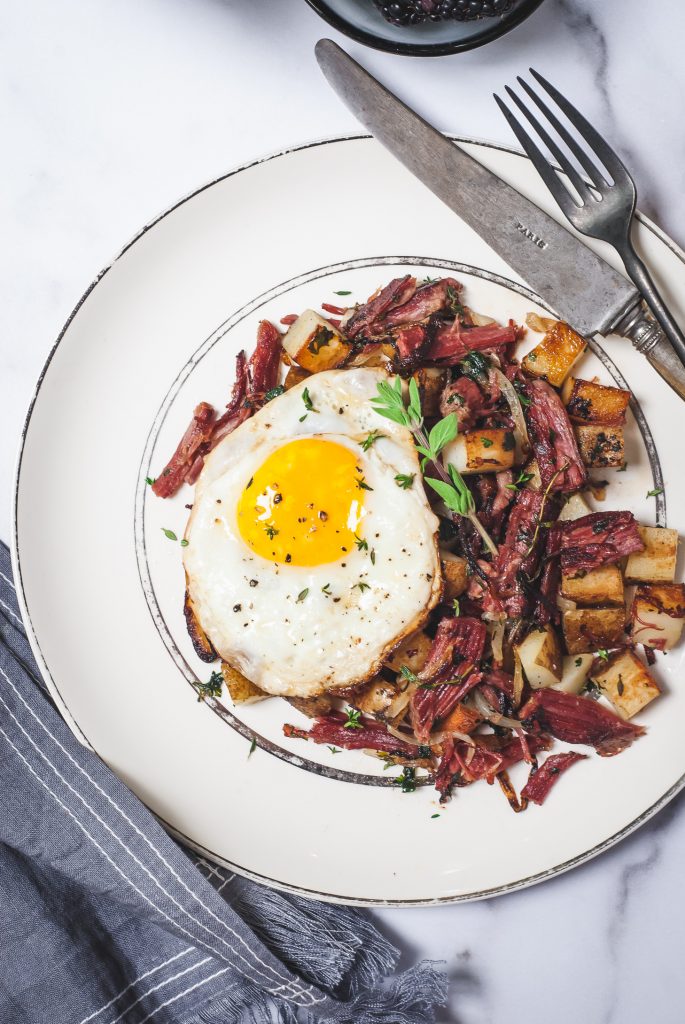 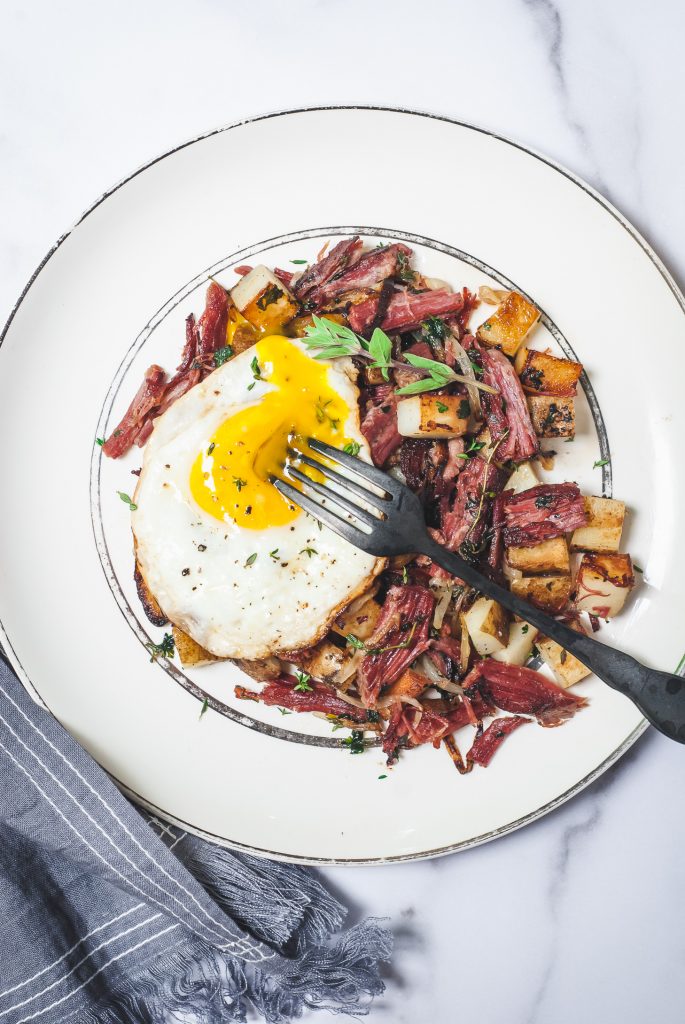 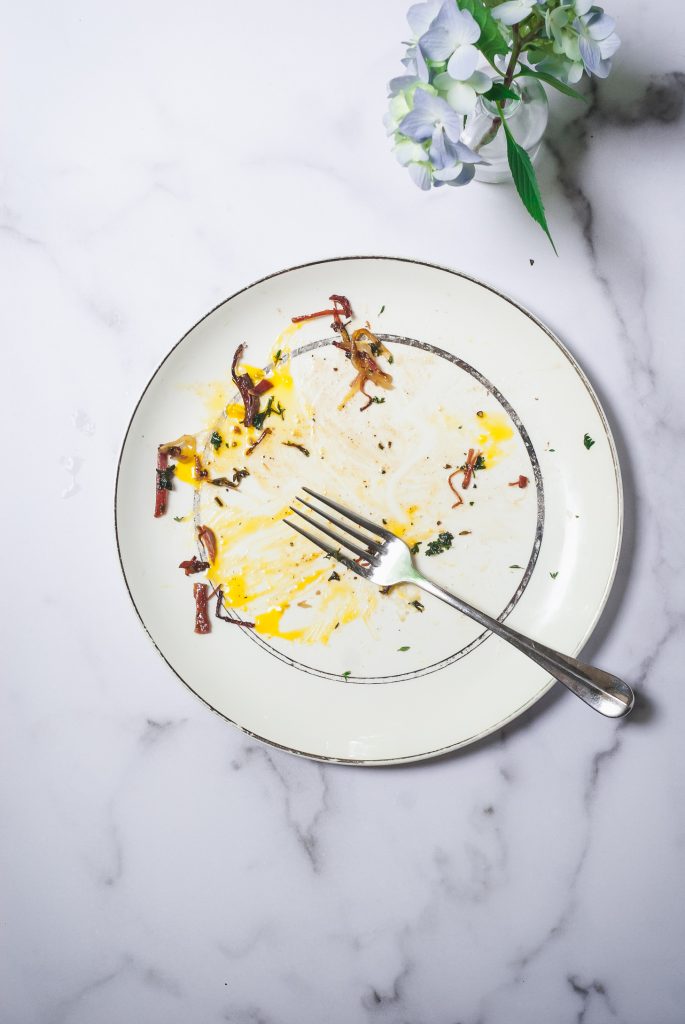 #ad Prepared meats have been a staple of cultures for centuries - celebrate the slow summer breakfast with Corned Beef Hash with Fennel & Fried Eggs.@BeefCheckoff @MeatInstitute Click To Tweet 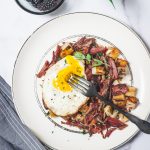 For Home-Cooked Corned Beef:
Combine Corned Beef and flavor packet with enough water to cover roast in a large pot
or Dutch oven. Bring a to boil over high heat. Reduce heat and simmer for 2 ½ to 3
hours, or until meat reaches 160° and is tender.