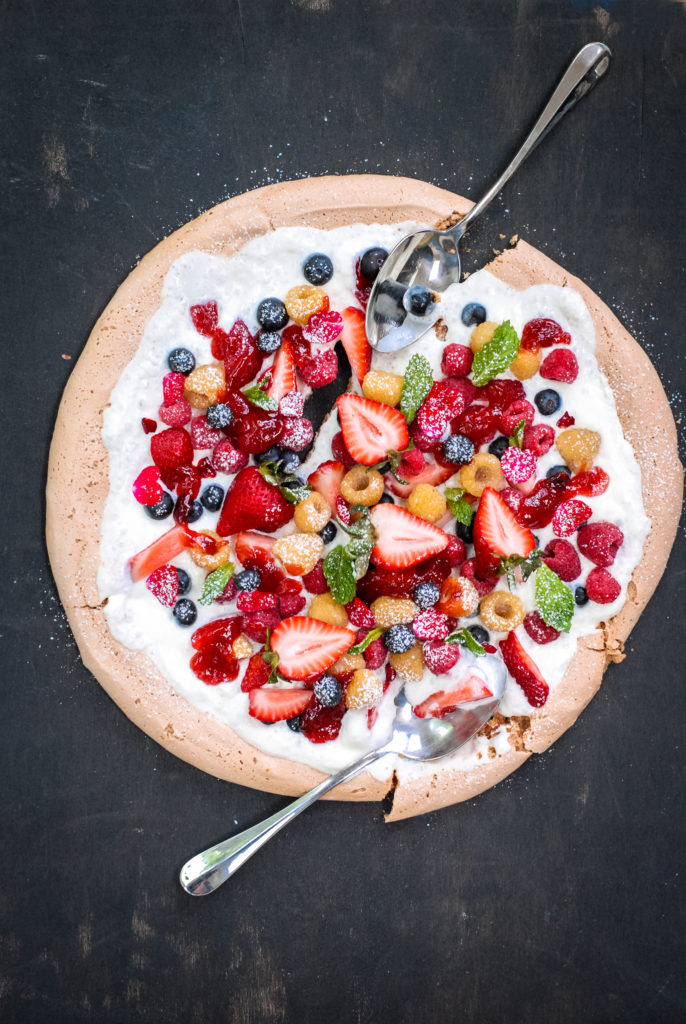 i’m excited to share this one with you today!

i’ve been wanting to test out this concept for a while. and was reminded about it when flipping through a recent food & nutrition magazine. so i did it…

did you know that the liquid from a can of chickpeas, the cooking liquid that is packed with the beans, can be whipped to create a meringue? it acts just like egg whites, but is vegan. you know… the stuff we always drain into the sink and toss. who knew, right?

this was discovered just last year (2015) by a dude from indiana named goose wohlt. he called it aquafaba, being a loose latin translation of “water” and “bean”.

aquafaba can be used to make macarons, meringues, custards, marshmallows, waffles. even foams and cocktails at some fancy restaurants. pretty much anything whipped egg whites are needed for. fascinating.

my inner food scientist wanted to play, so i tried it out!

indeed, it whipped up beautifully and then baked into a crunchy, sweet meringue. some simple toppings and this lovely aquafaba very berry pavlova (vegan, too) was born.

then, in the name of ultimate frugality, make yourself a nice plate of falafel. 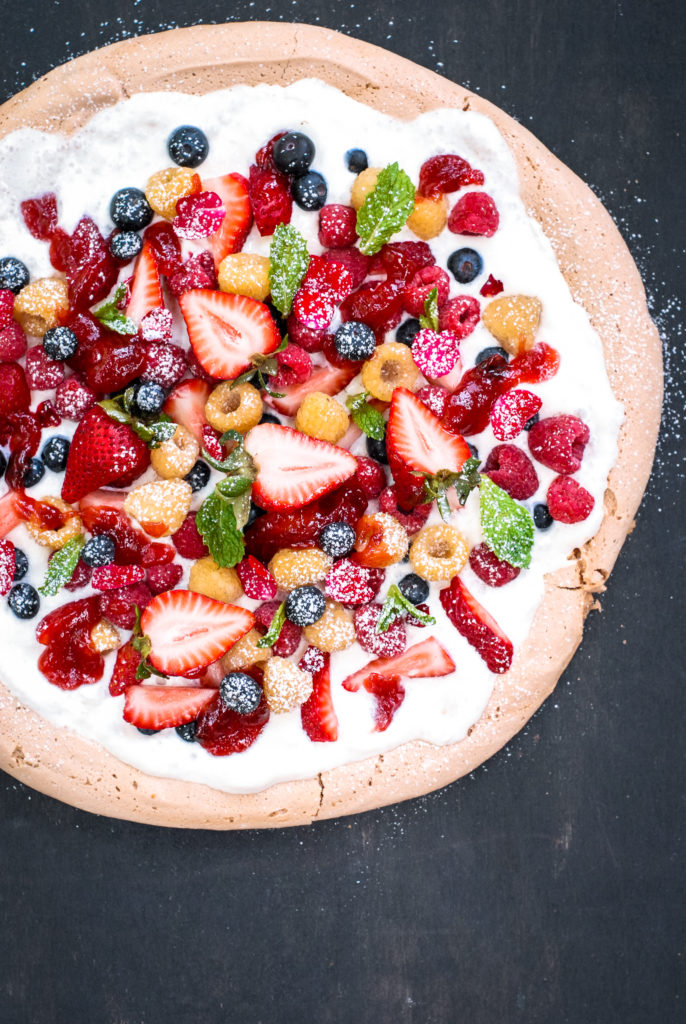